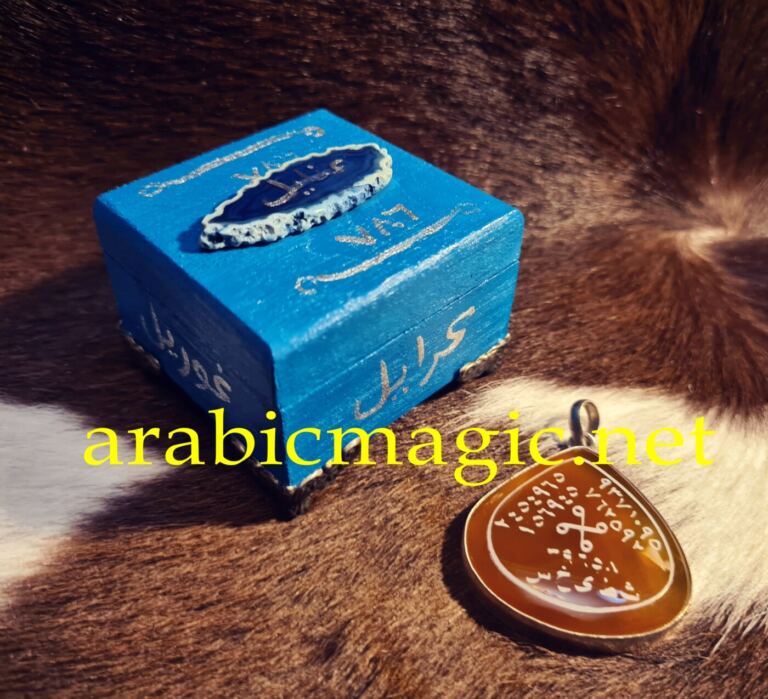 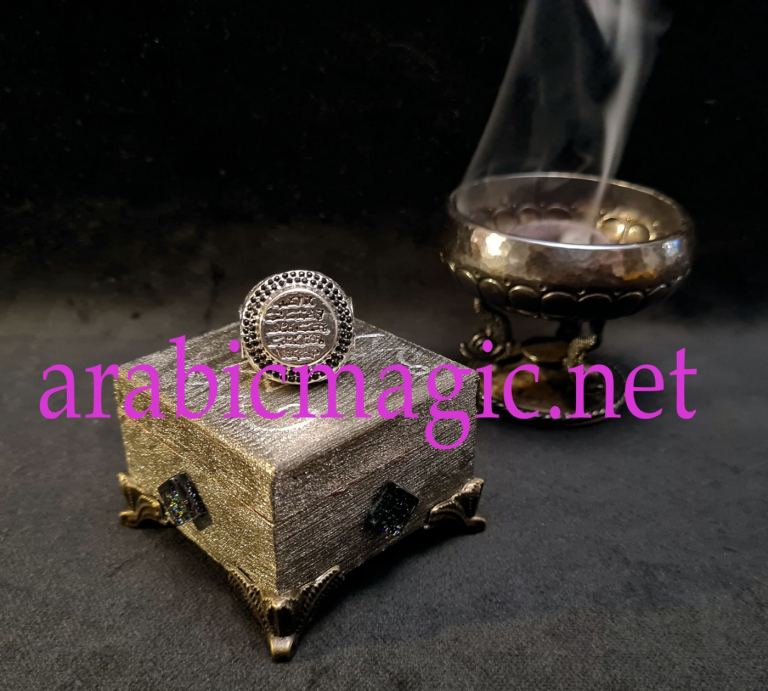 “We certainly tested Solomon, reducing him to a mere skeleton on his throne.He turned to … 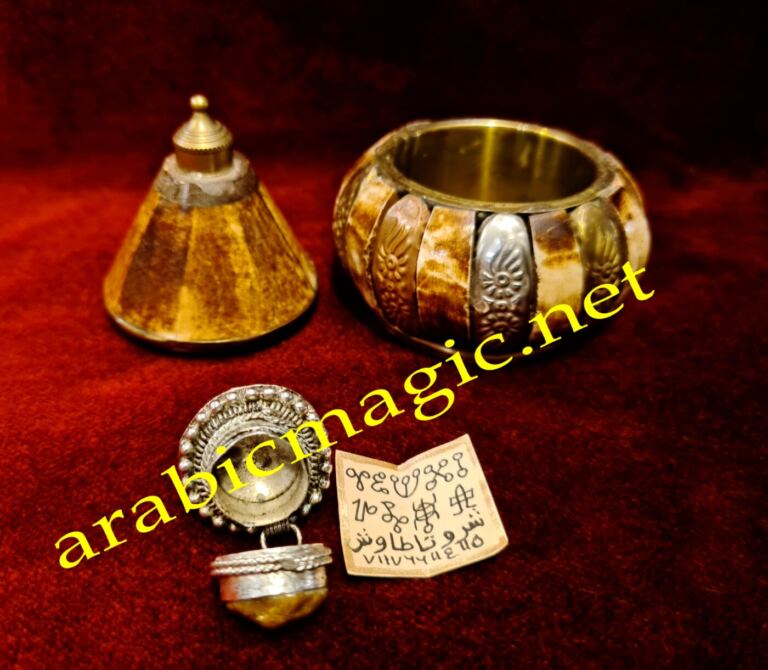 This magical ring is connected with the jinniya Queen Ruqaya Bint Shah Narish. She is… 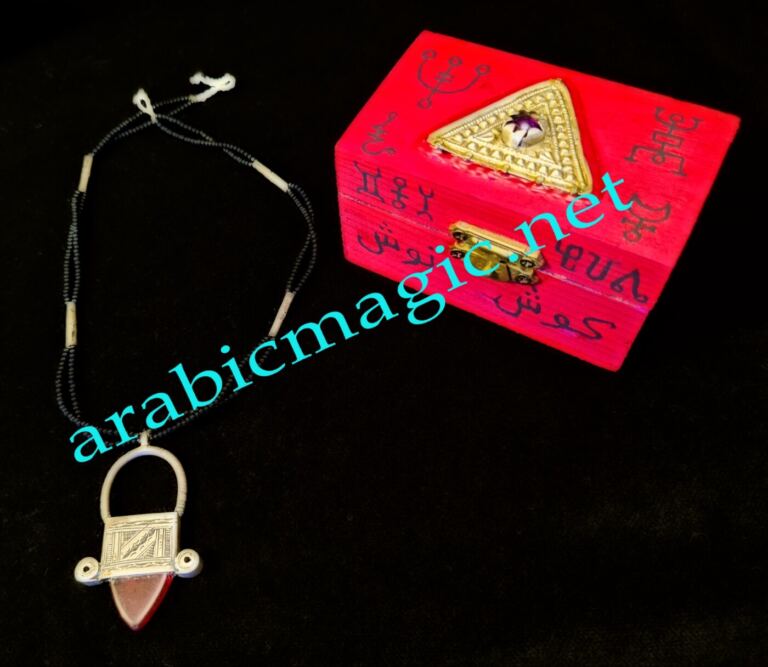 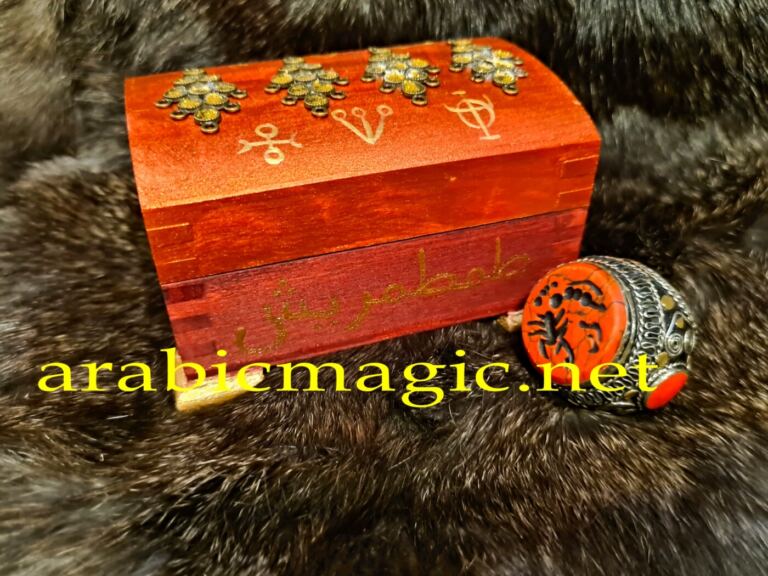 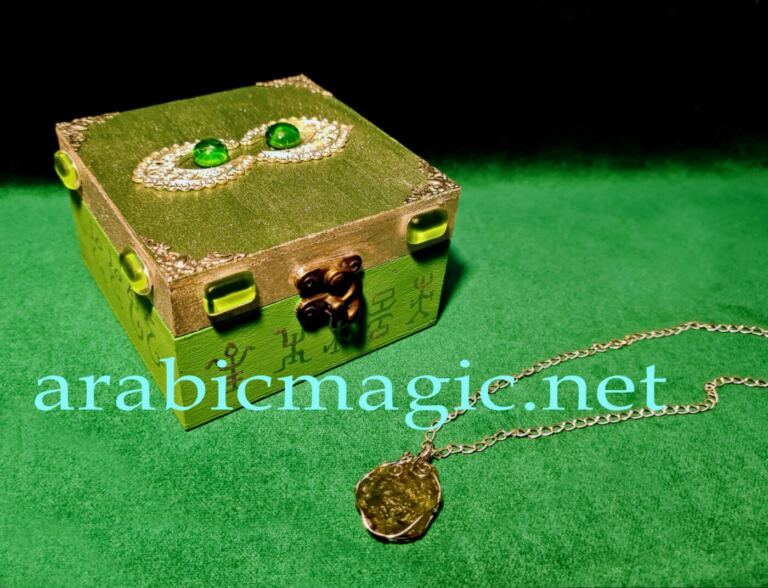 Moldavite is a natural tektite that has a unique formation behind it. It is formed… 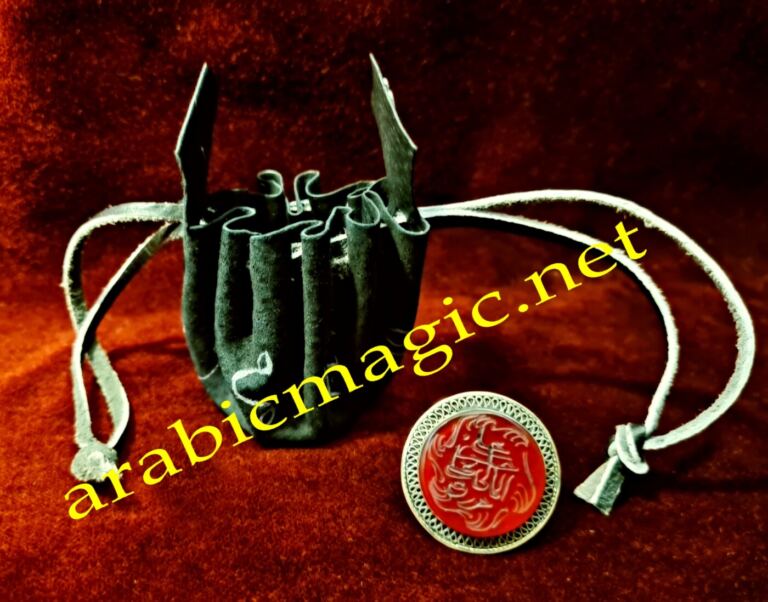 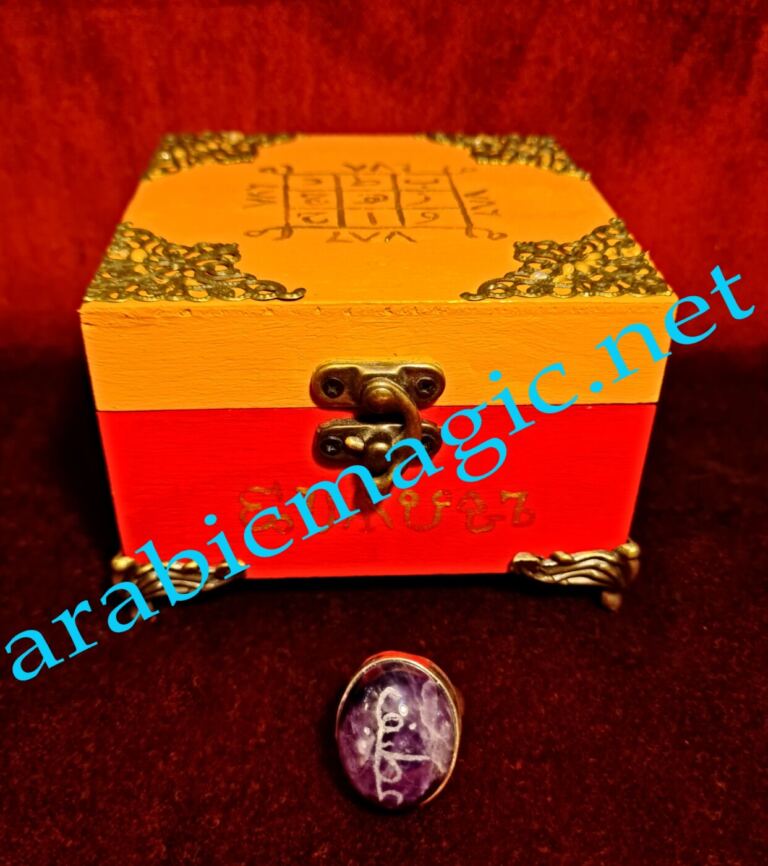 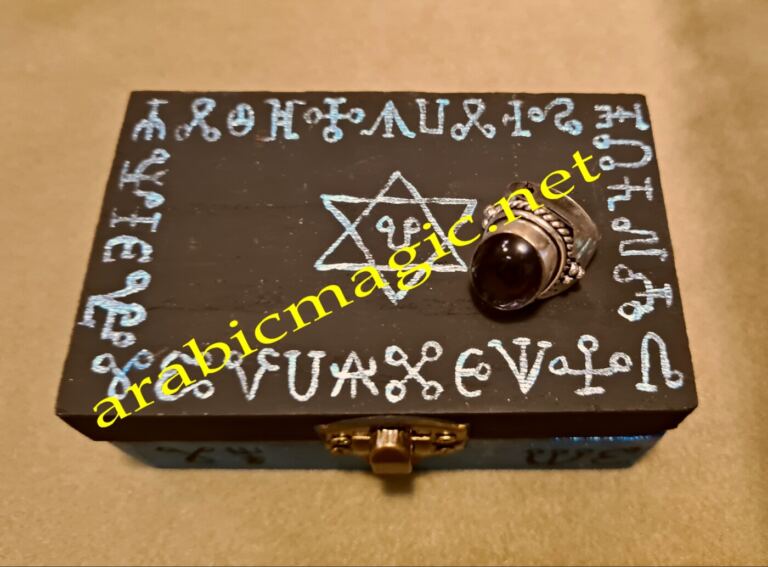 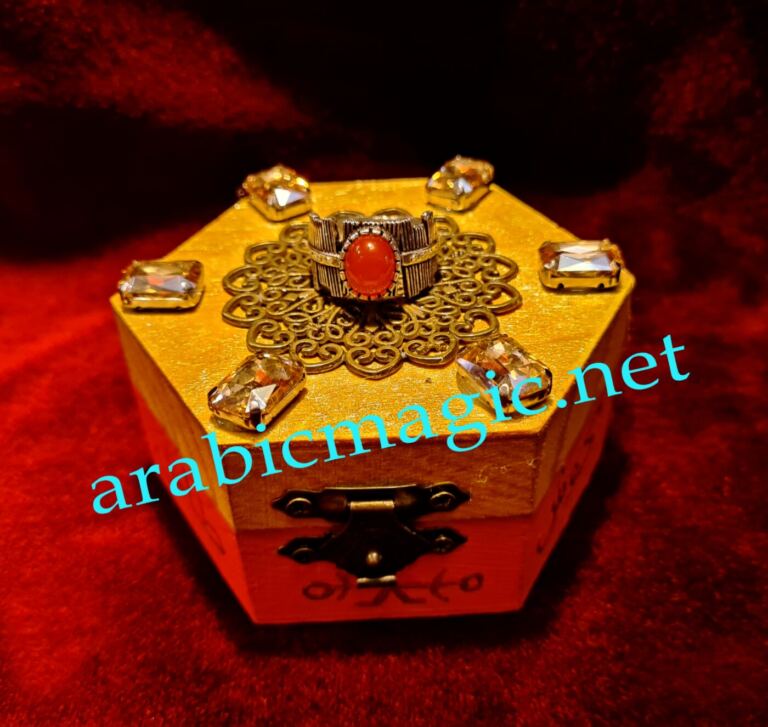 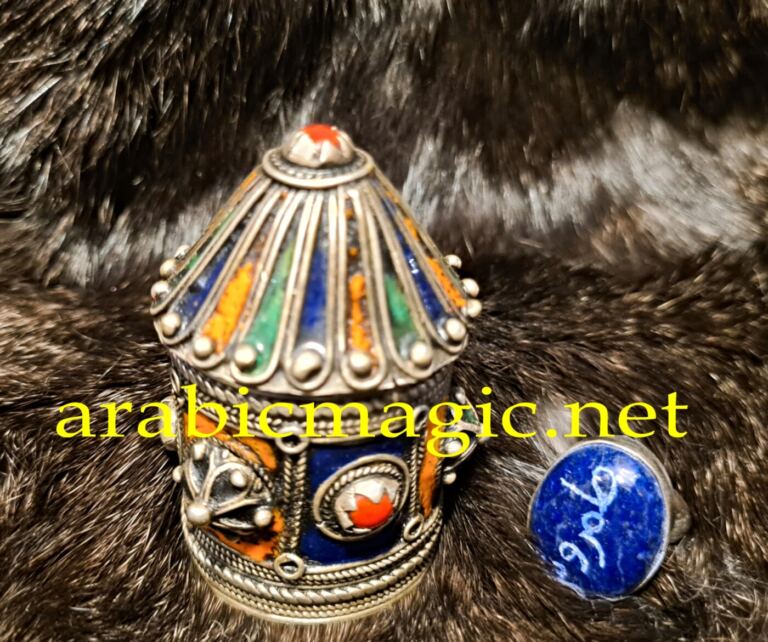 The unique lapis lazuli engraved ring is connected with the shaitan jinn Tamrush. He is… 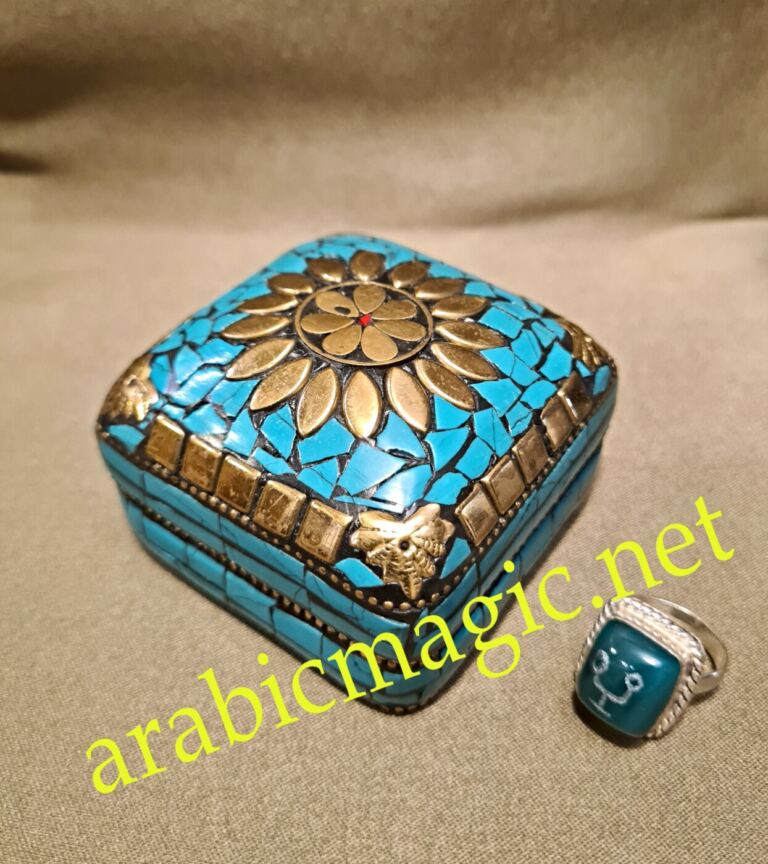 This one-of-a-kind khodam djinn ring is charged with strong Arabic prayers and incantations, and it…

What is a Jinn, Djinn, Jinni, Genie?

All these names refer to the same supernatural beings in early pre-Islamic Arabian religious systems and later in Islamic mythology.The primary meaning of the word jinn is “to hide; to conceal”. The grammatically correct masculine singular form in Arabic is “jinni” or “jinnee” and the feminine equivalent “jinniyah”. The word “jinn” itself is the plural form. Detailed information on what exactly jinn are can be found in our blog article: Jinn – The Hidden Ones.

What are the different types of Jinn?

1. Ifrit One of the most popular kinds of djinn are the ifrits who are usually with fiery nature, and they are very powerful spirits. The ifrits are often summoned by the Middle-Eastern magicians since they have many different abilities.

2. Marid  They comes from the word “Maradah”, which means rebellious. These djinn are said to be the most powerful and oldest.

3. Shaytan They are underground djinn directly subordinate to Iblis. Can be used for anything involving victory over enemies, rapid acquisition of wealth and everything related to superiority over other people.

Khodam These djinn are those ones with higher nature. They granted power by God to assist people in their life.

7. Celestial They have a direct connection with all angels and have a peaceful nature. They can be used to heal people, to endow them with hidden knowledge and to help them in case of any danger.

3. Amir They are resident djinn or any djinn that lives in a house or near mankind.

5. Hinn One of the lesser kind of jinn are called Hinn. This name denotes the weaker djinn, and a specific jinn tribe intermediate between the spirit realm and men.

6. Ghul The Ghouls or Ghul are powerful underworld djinn who are very fierce. The Arabic name comes from a root meaning to destroy.

7. Qareen They are a spiritual double of human. Everyone has their own djinn Qareen and he is associated with it from birth to the end of life. Qareens have a neutral nature.

8. The Seven Jinn Kings They are the main rulers of all djinn tribes. These rulers are traditionally associated with the seven planets and each is identified with a color and a day of the week. They have many djinn subjects and numerous aids from the tribes under their rule. Their names are:

What is a Djinn Ring or a Djinn Talisman?

A Djinn Ring or Djinn Talisman is a special made and charged magical item usually in the form of a jewel such as a ring, pendant or another special object suitable for the purpose. This powerful Arabic talisman is directly connected with the summoned djinn. Links can be made to different classes of djinn and thus made Marid djinn rings, Ifrit djinn rings, Shaytan djinn rings, or a Celestial djinn rings. A special pact is made with the conjured djinn so whoever wears its magical talisman or jinn ring, the being is bound with the person to help him and assist him in many different spheres. That ring becomes your calling card and only you can use it, because it is personally charged for you. The djinn ring or talisman can help you to attract money, luck, success, love, arousal, protection from all evil, victory over enemies, hidden knowledge, and spiritual guidance. The djinn talismans are usually made of specific metals, not necessarily precious ones, and they often have specific stones or minerals with magical properties, engraved with magical symbols, talismanic scripts, or secret jinn names. Once the jinn ring is made it is created a link between the person and the jinn so that the jinn is bound through an oath to serve you and assist you. You should treat the jinn with the utmost respect. Many of the Middle-Eastern magicians and wealthy and powerful people possess such kinds of Arabic magical talismans, the ring of Solomon or other jinn amulets, and they are in direct connection with the jinn realm and the mighty djinn kings.

Detailed information on what the Jinn (Djinn, Jinni, Genie) are, origin and history.

Islam accepts the existence of subtle, non-human entities as part of God’s creation. According to the Quran, the jinn are invisible spirits that live among us and were created before men.

A belief in magic and the jinn plays an important part in the Arab world.The Arabs believe in the existence of beings- jinn (means to hide; to conceal). The grammatically correct masculine singular form in Arabic is jinni and the feminine equivalent jinniya.

It is commonly believed that these spirits live in tribes and nations, and belong to different religions, whether Muslim, Christian, Jewish, or infidels (unbelievers). The Jewish and idolatrous jinn are generally held to be the worst kinds, whilst the Muslim jinn are considered good and pious.
The wicked Sheitan (or devils), are the servants of Iblis who launch harmful attacks against humans. The spirits are organised in tribes under kings and princes.

Jinn are characterised by their transient, volatile forms, and can change their physical appearance as they desire. Whilst angels, who are created from light, are considered to be benevolent, the nature of the jinn is ambivalent. There are good and evil ones among them, but generally the evil and dangerous connotations prevail, with the sheitan viewed as being particularly sinister.

The jinn are as innumerable as the sand, being of different types, different sexes, different religions, different races, and speaking different languages. They may communicate through a human host or one may hear them as disembodied voices. Sometimes one may glimpse them, as they can assume the shape of humans or animals in order to appear to us.