Arabic magic is believed by many to be the strongest form of magical art. It is mentioned in most of the fairytale myths and legends of the Orient and its mysticism continues to conquer the hearts of people in the present day. The Arabic magic is popular in many countries and is practiced by imams famous for their gifts and skills. The biggest part of their work is using the words of the Quran since its prayers contain huge powers that can be used both for good and evil. 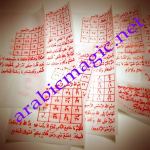 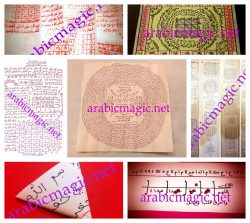 One of the most frequent practices done by the imams is preparation of taweez. They are mighty Arab talismans and charms that contain prayers from the Quran or specific magical incantations, symbols and squares that bring love, money, fortune and luck in life to its bearer. However, it is necessary to know that the correct creation and charging of an taweez is an art of itself that is kept in secret and is mastered by few only. The magical powers of an taweez do not come simply from scribbling certain texts over paper and carrying it by somebody. The authentic and acting amulets are result of a complex and difficult process. First, it is necessary to select the right prayer from the Quran or the spell suitable for the required purpose. Then, it is written with a special ink (black, red, saffron, animal blood etc.) Depending on the intended use of the tawiz, they are done in different hours of the day and sometimes only in specific moon phases and are censed with rare and expensive herbs and fragrances. The most important final step is their charging done by saying Quran surahs and spells a certain number of times and that transforms them from a simple object into a mighty magical talisman. 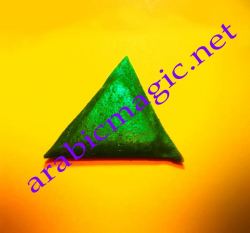 Some say that it is a sin for a Christian to seek the services of Arab sorcerers or infidels. This is an intentional delusion and a wrong statement because God is one for all but is only called different names in different religions.

On our site, we offer you a rich variety of authentic and high quality amulets and talismans that will help you in different situations in life. Those of you who would like to get a real talisman or an amulet not just a commercial object or useless souvenir will get a chance to see the quality and power of our unique creations 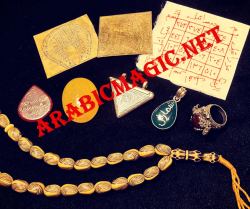 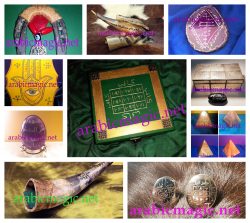 We make talismans and amulets for all purposes – attracting love, attracting money and wealth, amulets to protect against black magic and evil eye. We also offer talismans for gaining spiritual power, prestige, to be irresistible in the eyes of the opposite sex. The magical talismans and amulets that we offer are not commercial products but are entirely handmade charged with the correct Arabic rituals with an observance of all necessary requirements and favorable astrological time for their creation. Each talisman is personally charged for the given client.

We offer extremely strong magical rituals, done by our team of specialist of Islamic Occult Sciences.

We perform rituals for binding and love, unstoppable love and dependence, magic for subordination and control using jinn, for harmony in marriage, rituals for enslaving and subordination, rituals for bringing back a loved one, rituals for strong passion and sexual desire, rituals for serious relationship and marriage. We also perform rituals for attracting money and unlocking luck in life, absolute protection against any form of spiritual harm like negative influences and attacks by malicious forces, black magic and spirits. We also offer black magic when needed to removing and ruin a rival, against the cheating partner, to destroy the enemy, for harm and punishment and much more. Break up and separation spells.

We guarantee complete confidentiality to each client and high level of professionalism. In addition, as a proof of our work we sent to you pictures of the performed rituals.

Jinn – “The Hidden ones”. The ancient legends speak of creatures made of primordial smokeless fire, inhabiting the earth together with mankind. They inhabit the world with their offspring, live in communities and tribes, have rulers and kings, create families, they also die, albeit with a much longer lifespan than humans. Djinns are invisible to the human eye unless they themselves want to be seen. It is assumed that they want to remain hidden so as not to be hurt. It is known that they can have sex with humans and even can marry men and women. There are also cases of abducted girls and boys in which the jinn fall in love. The word jinn is their Arabic name, which literally means “hidden”. In different parts of the world they are called by many other names – fairies, elves, peri, devas, rakshasa. Due to the great magical abilities and knowledge of the jinn, they have always been the object of respect and interest for many people and those trying to get in touch with them. One of the most carefully guarded secrets of the Arab sorcerers are the names of the jinn they work with. Once contact is established the jinn can be powerful and indispensable aids, teachers, and protectors.